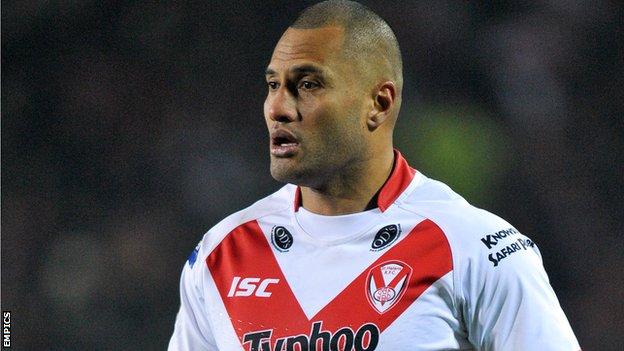 St Helens winger Francis Meli is hopeful of agreeing a new contract at Langtree Park after the club offered him an extension to his deal.

The 33-year-old joined Saints from Auckland Warriors in 2005 and has scored 122 tries in 189 appearances.

"Saints have offered me [a deal] to stay another year, I'm really humbled," he told BBC Radio Merseyside.

"I've been here a long time and I've enjoyed my time so we're talking things through and hopefully it's positive."

Meli has represented both Samoa and New Zealand at international level, and scored two tries for the Exiles as they beat England in the recent Origin Series.

"I've got a few options. At the end of the day I could always go home, it's just one of those things," he added.