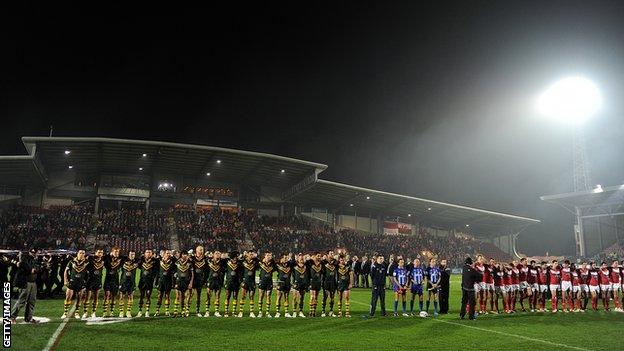 Wales' fixtures in the 2013 Rugby League World Cup have been confirmed.

Iestyn Harris's side will take on the United States at Wrexham's Racecourse on Sunday 3 November.

A week later they face the Cook Islands at the Gnoll in Neath on 10 November.

Wales open their World Cup campaign against Italy at the Millennium Stadium in Cardiff on 26 October, part of a double header with England facing Australia.

The tournament will also feature games in England, Ireland and France.