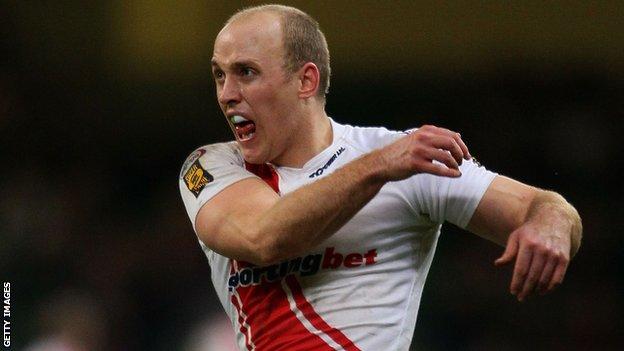 Michael Dobson, Ryan O'Hara and Josh Hodgson gave the visitors an 18-8 lead, their scores coming either side of tries from Joe Mellor and Stefan Marsh.

Kurt Haggerty and Danny Craven's efforts for Widnes were then matched by Ben Galea and Graeme Horne for Rovers.

Rhys Hanbury's converted try pulled Widnes to within two points of the visitors but Louis Sheriff crossed to confirm a Hull KR victory.

Widnes, in confident mood after two wins in their last three games, made a stunning start after Joel Clinton conceded an early penalty for a high tackle, and Mellor took Marsh's pass to surge over.

But Rovers hit back straight away, Dobson crossing the whitewash before converting.

Coach Craig Sandercock made several changes to his side following their local derby defeat by Hull FC.

Sam Latus and Scott Taylor were dropped; Chris Heil and George Griffin made their Super League debuts, while Shannon McDonnell and Con Mika were out injured.

Widnes lost Ben Cross and Mellor through injury and Rovers grabbed their second try when Galea supplied O'Hara, who crashed over near the posts.

And the visitors continued their assault as Hodgson went over close to the line, with Dobson's third conversion making it 18-4.

Despite Dobson and Blake Green's advances on a stretched Widnes defence, the Vikings reduced the deficit to 10 points after Marsh went over in the corner.

Hull KR lost Green at half-time and Sheriff gifted the home side a try shortly after the restart when his wayward pass was landed to Haggerty and the resulting try was converted by Hanbury, who made amends for two earlier misses.

Galea halted the fightback to make it 22-14, but Widnes cut the gap again when Craven latched on to Willie Isa's kick, and Hanbury was successful with the boot.

Horne responded for Hull KR but Widnes refused to give up and pulled themselves back in it again when Hanbury converted his own try.

But Rovers managed to hold on and settled the battle when Sheriff went over three minutes from time.

"They had the impact off the bench with Michael Dobson controlling things and Ben Galea was very good.

"We got a bit too over-enthusiastic and tried a little bit too hard but it was a brave effort.

"We conceded a couple of soft tries and that is unacceptable. But we're fighting hard to win games and the fans appreciate that. They really got behind us."

"I was a little worried about playing so many youngsters but they rose to the occasion.

"They showed the right attitude and passion and that's what kids can give you. They are going to make mistakes but we need to persevere.

"Louis Sheriff made a mistake but bounced back and had a solid match. Ben Galea led from the front and was outstanding."