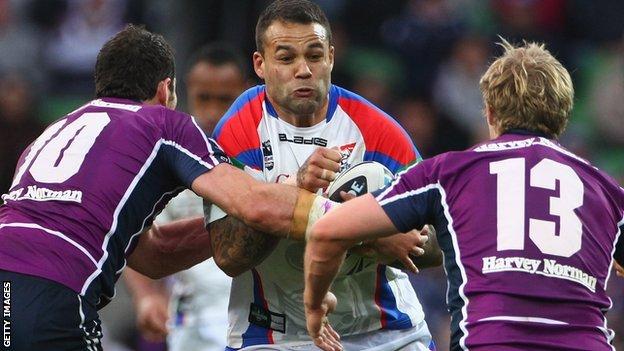 The 28-year-old New Zealander will join the Robins on a two-year deal at the end of the NRL season.

Injuries and loss of form have meant the former New Zealand Warriors player has only made three league appearances this season.

"I've always wanted to play over in the Super League and this is a great opportunity for me to fulfil that ambition," he told the Robins website.

"I worked with Craig Sandercock at the Knights last year. We have a good relationship and I think he can get the best out of me, as he did last season.

"I'm very excited about the move and the club have a good, young side who I've been keeping an eye on this year."

The Robins moved up in to the Super League play-off places on Wednesday after Bradford Bulls were deducted six points for entering administration.