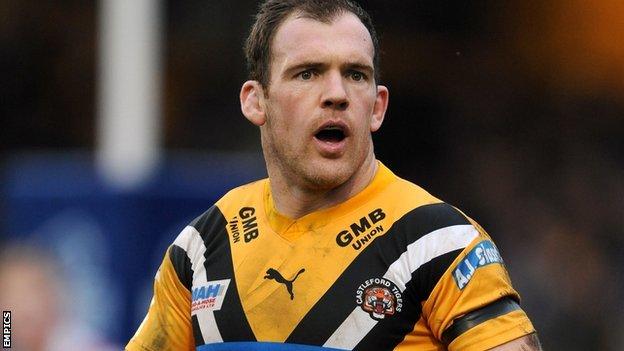 Castleford Tigers captain Danny Orr has announced he will retire at the end of the Super League season.

The 34-year-old scrum-half, who signed a one-year contract extension last summer, will take on the position of assistant coach with the Tigers.

Orr is in his second spell with his hometown club.

"I feel as though physically I could do another year, but a coaching role has come about and it is something I want to take up," he told the club website.

"There aren't many coaching jobs in Super League and I felt if I didn't take it now, the opportunity may not be there in 12 months' time.

"I'll miss playing - I'm bound to, although retirement happens to every player at the end of the day and I've achieved more things in my career than I could ever imagine."

He left Cas for Wigan in 2004 and went on to play for Harlequins RL before returning to Castleford in 2010.