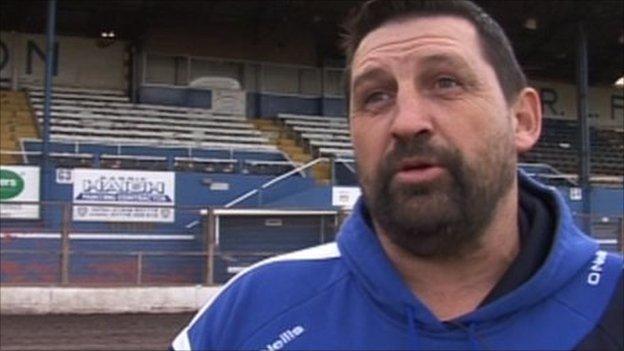 Workington Town head coach Gary Charlton believes his side can still pip rivals Barrow and Doncaster to the Championship One title this season.

Town were beaten 22-6 at the Keepmoat Stadium on Thursday, to leave them three points behind Barrow and one behind the Dons in third place.

"Doncaster played very well and we didn't perform like we can do."

Charlton continued: "We've come up a bit short. We've got things to work on but they're a good bunch of lads.

"They know how to play rugby and I'm sure we'll bounce back."

Thursday night's defeat ended a run of six straight wins, a streak that coincidentally began with a 45-18 victory against Doncaster in May.

Charlton's side trailed 16-0 at half-time, as former Hull KR and FC half-back Paul Cooke moved the Dons around the park and ended up with 14 of the club's 22 points on the night.

"We lost it in the first half," Charlton added. "We asked the boys to match them in the first 20 minutes and we didn't. They got a roll on and scored tries.

"We knew where we wanted to play but we just couldn't put the ball there. It was only the last 15 minutes that we started to get a roll on."