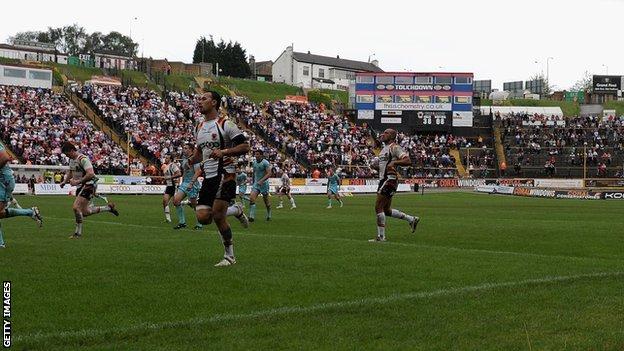 The ABC consortium has submitted a second bid for Bradford Bulls.

Their initial offer was rejected by the Rugby Football League on Thursday on the grounds it was "unrealistic".

RFL director of licensing Blake Solly said: "We have received details of a new offer to the administrator of the Bulls and will respond in due course."

Meanwhile, administrator Brendan Guilfoyle has confirmed the deadline to find a new buyer has been extended, with the RFL paying August's wages.

Earlier this month Guilfoyle moved the deadline to Friday, 27 July.

In a statement he had appealed to the RFL to help keep the club going: "The only way I can take the Bulls into next month is if the RFL help by paying the wages bill.

"If the RFL can help me to buy a little more time then I can try to bring an acceptable deal to the table.

"There are two home games in August and I really want fans to be able to turn up at Odsal and support their team."

No date has been announced for the new deadline.

As a result of entering administration they were docked six points and currently sit in 9th position in the Super League table, two points outside the play-off places.