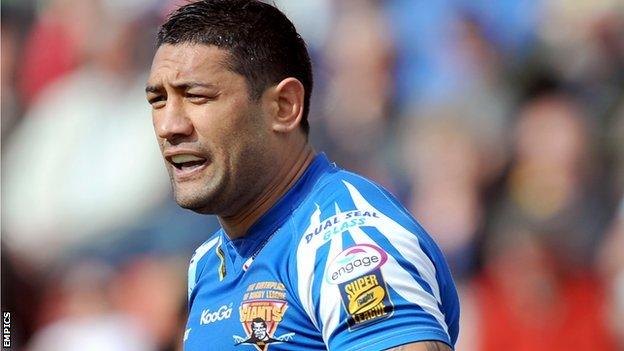 Lolesi, 31, joined the coaching team at the Giants for the 2011 season after a knee injury forced him to retire.

"Jamahl and I had a chat way back in the year and he said then his career was going to move on from the Giants at the end of this season," managing director Richard Thewlis said.

"There is no question he is welcome back here whenever he wishes."

He added: "I decided quite a while back to move on at the year end and it's typically supportive of the club that they will allow me to spend more time with the newly born child and wife before my time was due to officially end and I start the next chapter of my career.

"I was welcomed here and treated superbly by the club, staff, players and supporters and it's true that I have settled in the area that I now call home."

The former New Zealand international scored 27 tries in 81 appearances for the Giants after joining from Wests Tigers.