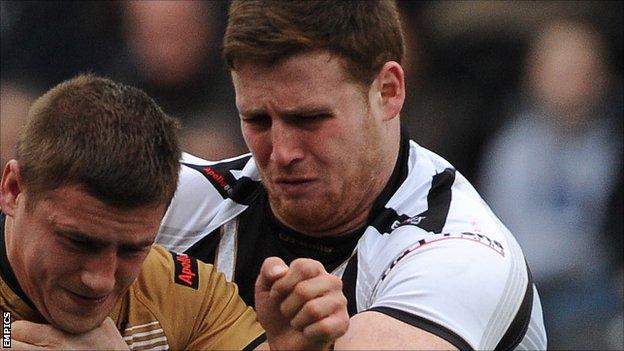 The Giants have paid an undisclosed transfer fee for the 21-year-old, who has agreed a three-year contract at the John Smith's Stadium.

"I was speaking to a few other teams but I liked what Huddersfield had to say," Mullally told BBC Radio Leeds.

"I'm not guaranteed a place here by a long shot and I know it's important for me to have a big pre-season."

Managing director Richard Thewlis added that he expects more new arrivals to be confirmed ahead of next season.

"We do hope to be able to add more new faces into the squad next year, but it should be remembered that we have already given extended and improved long-term contracts to the vast majority of our younger players," he said.

"Given the low number of quality players available in the game it can now clearly be seen to have been the right policy."