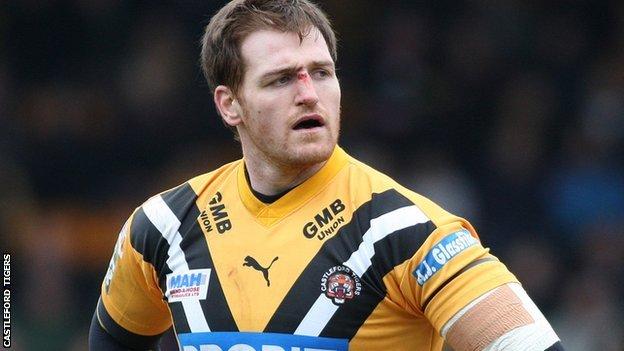 Castleford Tigers forward Stuart Jones is to retire from full-time rugby league at the end of the season.

The 30-year-old has been with 'Cas' since 2009, having previously played for Huddersfield, St Helens and Wigan.

He told the club website: "I've enjoyed my time here - there have been some ups and downs along the way but I will be able to look back and say that I've had four good years at Cas.

"A good job opportunity has come up and it is time I look towards my future."

Unlike Tigers skipper Danny Orr, who announced his retirement last week, Jones will look to continue playing competitively part-time in the Championship.