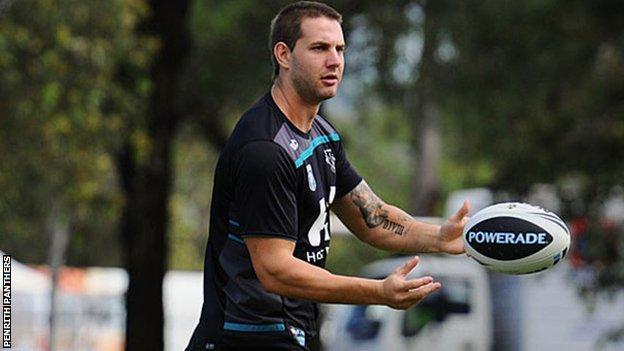 The 24-year-old former North Queensland Cowboys man will join the Rhinos for the 2013 season.

"He's a big, athletic and powerful man. I think this will be a significant signing for us," Rhinos boss Brian McDermott told BBC Radio Leeds.

"He's 24 and he's not the finished article but we rate him very highly and we think he'll suit the English game."

McDermott added: "With the wage cap going up over there it's hard to get players to come over here, so to get a player of Mitch's calibre is a big deal."

Achurch has made eight appearances in the NRL so far this season.