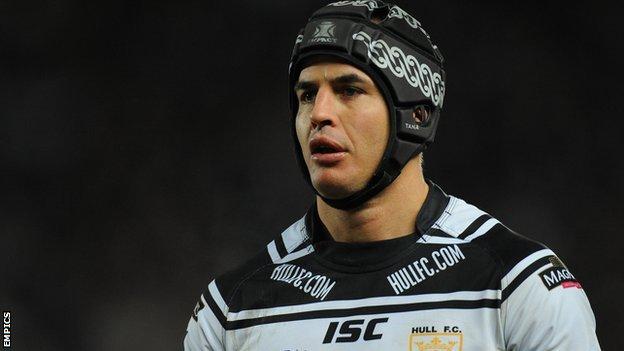 Hull FC centre Tony Martin has announced his retirement because of an Achilles injury.

The 33-year-old picked up the injury in the Black and Whites' Magic Weekend defeat by Hull KR.

Martin joined the KC Stadium side on a one-year deal last October after leaving Crusaders.

He told the club website: "I have travelled the world playing rugby, I've scored in and won an NRL Grand Final and I've lived the dream."

As well as stints with the Black and Whites and Crusaders he also played in the Super League for London Broncos and Wakefield Trinity Wildcats.

The highlight of his career came in his native Australia, his try helping Melbourne Storm to victory in the NRL Grand Final in 1999.