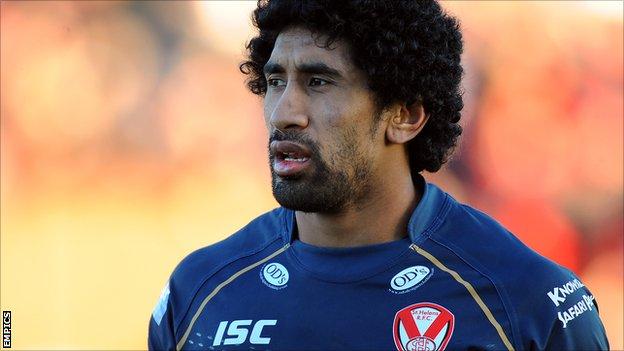 St Helens interim coach Mike Rush has said he will not take risks with any of his injured players in the final weeks of the Super League season.

Sia Soliola missed Monday's home defeat by Warrington with an ankle problem but Rush told BBC Radio Merseyside he will not play again until he is fully fit.

I don't hold any fear going into the play-offs

"I'm not going to take massive risks at this point of the season," he said.

"I don't want to lose him for six weeks when it's a case of him missing one more game and then he'll be all right."

Soliola is an early doubt for the game at Wakefield on Sunday.

Rush has guided St Helens to third position in Super League, although their hopes of moving above Warrington into second were dealt a blow with a 22-12 loss to the Wolves at Langtree Park.

It ended a run of six consecutive victories and it was the first time that Saints had lost to a team other than Wigan Warriors since Rush took temporary charge in March.

"We've not got the right to win every single game," he added.

"When you come up against another top team, every game like that is going to be a 50-50 game.

"We defended really well. To only concede 22 points with the amount of the ball and field position that they had, I don't think we're far off.

"I don't hold any fear going into the play-offs."