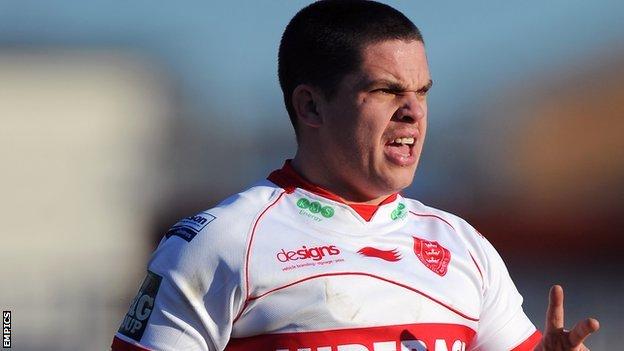 Hull KR hooker Scott Murrell is to leave the Super League side at the end of the season.

Murrell, 26, has been with the Robins for seven seasons and helped them to promotion to the Super League in 2006.

Chairman Nigel Hudgell said: "I would like to personally place on record my thanks to Scott for all his efforts down the years and he will always be welcome here.

"I am sure our fans will give him the send off he deserves."

The club have confirmed that Murrell has been ruled out for the next two weeks after suffering an arm injury in Friday's defeat at Bradford.