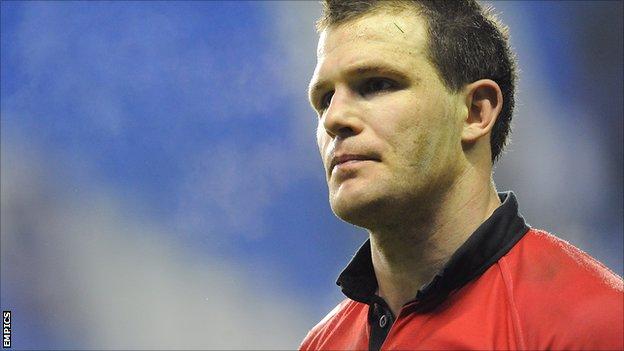 Wigan Warriors prop Stuart Fielden will make a long-awaited return from injury by playing for the Under-20 side.

The 32-year-old, who has not played since February 2011, will feature against Salford City Reds on Thursday.

To see him back is really exciting. Fingers crossed, he'll come through unscathed

Knee surgery and a torn pectoral muscle kept Fielden out of competitive action and coach Shaun Wane says he will not be rushed back into the first team.

"Stuart needs a couple of weeks of playing before I consider him," Wane told BBC Radio Manchester.

"He'll be rusty but it will be good to see him out there because I'm sick of seeing him in the treatment room.

"He's been a fantastic player for us, a legend for the Great Britain team and he's done a lot for the game.

"To see him back is really exciting. Fingers crossed, he'll come through unscathed."

Wane could also welcome Pat Richards,Thomas Leuluai and Gil Dudson, who have all been out with long-term injuries, back into his squad ahead of the Super League play-offs, which begin next month.