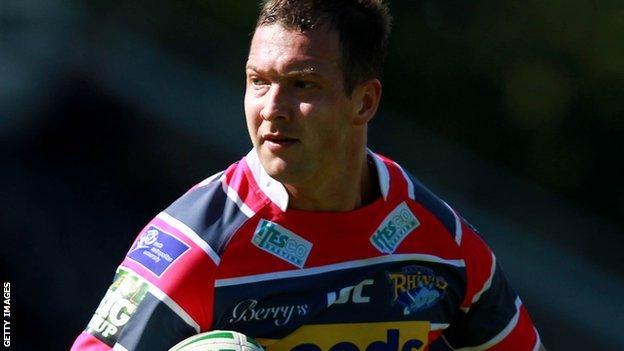 The 29-year-old, who was ruled out of the upcoming Challenge Cup final with a knee injury on Tuesday, made his Super League debut in 2001.

Danny McGuire is a five-time Grand Final winner with the Rhinos and has also won the World Club Challenge twice.

He told the club website: "It is a huge privilege for me to be granted a testimonial by the RFL and I would like to thank them for that.

"I am really looking forward to it and have lots of things planned already."

He added: "Testimonials are still invaluable to players in our sport. We won't be able to retire when we finish playing like footballers and testimonials reward loyalty and commitment in the game.

"The support I have had from everyone this week after the announcement of my injury has been overwhelming but not surprising from Rhinos fans, they have really helped lift my spirits and I will be doing everything I can to support the boys down at Wembley,"

He has been with the Headingley club since the age of 13 and is currently the joint-highest try-scorer in Super League history, tied with Rhinos legend Keith Senior on 199.