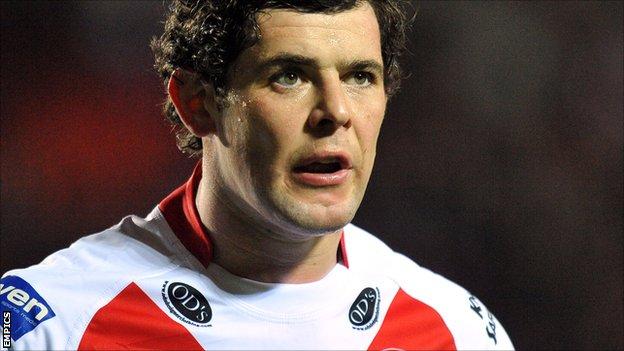 St Helens strengthened their grip on third position in Super League with a routine home win over London Broncos.

Tries from Tony Puletua and Mark Flanagan put Saints 10-0 at half time.

Flanagan scored a second, captain Paul Wellens added a brace and Anthony Laffranchi also crossed to give the hosts an easy victory at Langtree Park.

Saints are two points clear of fourth-placed Catalans, who play Castleford on Sunday, while London are level on points with bottom club Widnes.

"Louie McCarthy-Scarsbrook was my man of the match and produced plenty of energy against his old team.

"He has great speed for a front rower. At times he chances his arm with offloads but he was outstanding tonight.

"Mark Flanagan also had his best game for the club and Paul Wellens was rewarded for his support play with two tries.

"There were 25 penalties in the game and that's a lot to cope with."

"We played like a collection of individuals at times and that was reflected in the final scoreline.

"Kieran Dixon tried his heart out but there are highs and lows in all games. We had too many lows tonight."