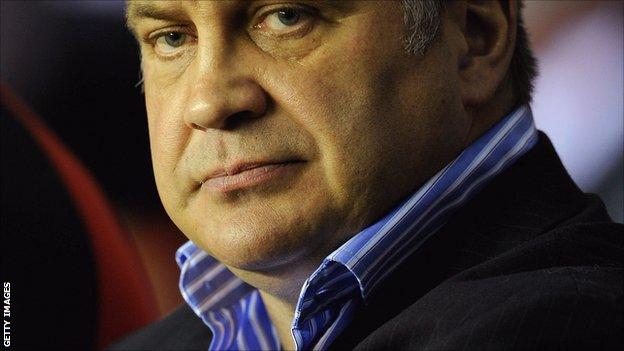 Wigan, who clinched the League Leaders' Shield by winning at Craven Park, trailed 26-0 just before half time.

"We have a never-say-die attitude and I have to commend the players," Wane told BBC Radio Manchester.

If we had been lucky enough to win all three trophies, this would have been the one that I'd have been most pleased with

"I'm disappointed we ended up in that situation but to come back and show the character that we did was outstanding."

Wane continued: "For us to go 20-odd points down is just not acceptable and we know it wasn't a great performance from us.

"But there are teams that have come here that have lost games and we've ground out two points."

The Leaders' Shield is the first trophy Wigan have won under Wane, who took over from Michael Maguire as head coach at the start of the season.

"If we had been lucky enough to win all three trophies, this would have been the one that I'd have been most pleased with," Wane added.

"At the end of the day, you can get to a Grand Final in three games. This League Leaders' trophy is 27 games of relentless challenges.

"For us to end up first means everything to me because the one thing I wanted to bring to the team and the club was consistency."

Wigan lead the Super League table by three points and they cannot be caught by Warrington, even though the Challenge Cup winners demolished Huddersfield 54-6 on Sunday.

The Warriors face local rivals St Helens in their final match of the regular season at the DW Stadium on Friday.