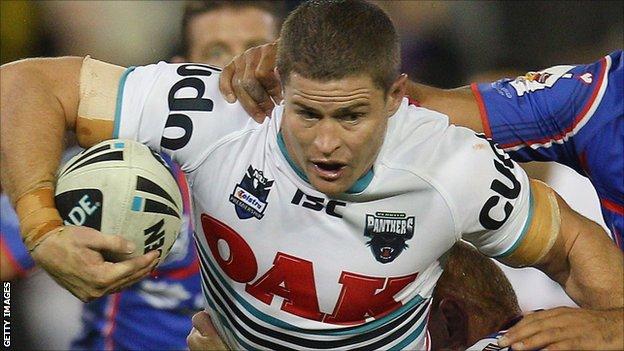 Hull KR have confirmed the signing of Penrith Panthers half-back Travis Burns on a three-year deal.

The 28-year-old made 127 NRL appearances for the Panthers, North Queensland and Manly and becomes Rovers' fourth signing for 2013.

"I've been watching a lot of the games on TV and I see a young team which is not far off being a real force in the Super League," Burns said.

"Myself and my family are very excited about heading over to Hull KR."

He added: "Opting to join Hull KR was an easy decision for me as I know that the people of Hull are very friendly and love their football."

Burns' arrival coincides with rumours linking current Rovers stand-off Blake Green with a move to Super League leaders Wigan for the next campaign.

In addition the switch reunites the utility back with a familiar face in current Rovers head coach Craig Sandercock.

"Craig was also a big reason why I decided to sign," Burns said of his switch to Super League for 2013.

"He was an assistant coach when I started my NRL career at Manly and I always knew he would coach at the highest level.

"The conversations I've had with him about his plans for me and the club going forward made my decision easy and I can't wait to pull on a Robins' jersey for the first time."