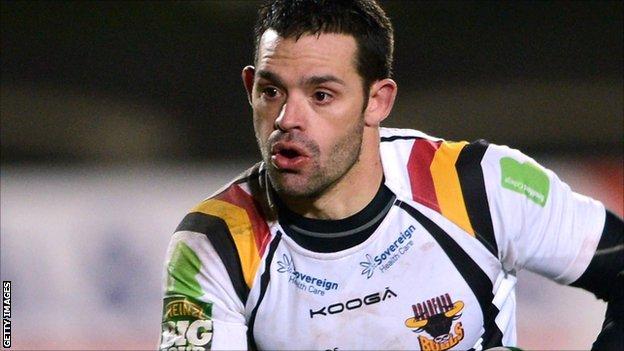 Stand-off Ben Jeffries will retire from full-time rugby league at the end of Bradford Bulls' 2012 campaign to work in mining in his native Australia.

The 32-year-old will combine the job with regional rugby in New South Wales at the Kurri Kurri Bulldogs, once the Bulls' season is complete.

"Coal mining is a massive industry in Australia," Jeffries said.

"People are queuing up to get into that line of work so I'm grateful to have landed this job."

He added: "It's a no-brainer really. I don't know what my exact role will be just yet but I'll be working in the mining industry.

"I know that when I get there I can diversify into certain categories of mining. I can be open-cut or underground."

"But starting a nine-to-five job and living in a country I've not lived in for 10 years represents a new challenge for me now."

Jeffries, who played for St George Illawarra and Wests Tigers in the NRL before joining Wakefield in 2002, is the second player to confirm their exit, along with South Sydney-bound Tom Burgess.

The Bulls, who are yet to find out whether the recent takeover of the club by Omar Khan and Gerry Sutcliffe has been ratified by the Rugby Football League, have 17 players out of contract this winter.