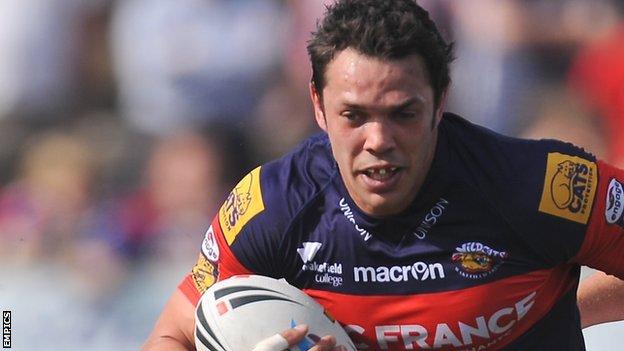 Wakefield back-row forward Frankie Mariano has signed a new one-year deal with the Super League side.

The 25-year-old, who joined the Wildcats from Hull KR in 2010, has made 13 Super League appearances this year.

Coach Richard Agar told BBC Radio Leeds: "It's been a challenging year for Frank because he's had one or two injuries but recently he's been brilliant for us.

"He's got that quality and athleticism that a coach always looks for."

Meanwhile, Wakefield's under 20s coach Glenn Morrison has left the club to take over at Championship side Dewsbury Rams.

Morrison, 36, has agreed a two-year deal.