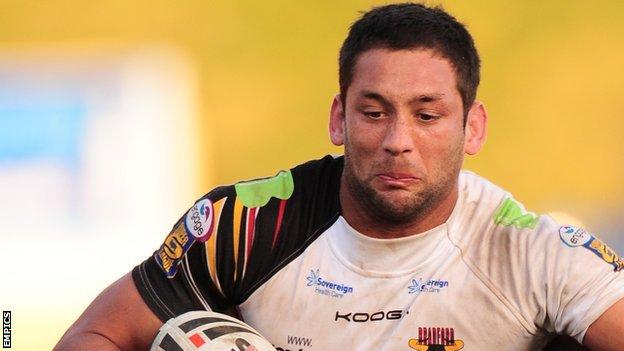 Catalan Dragons have re-signed back-row forward Olivier Elima from Bradford Bulls for the start of next season.

The 29-year-old, who left the Perpignan side for Odsal two years ago, has signed a two-year deal at the Stade Gilbert Brutus.

He is the second player to swap Yorkshire for France this week, after the club confirmed the signing of Brent Webb from Leeds on Tuesday.

Elima is set to make his final Bulls appearance in Catalonia on Saturday.

Mick Potter's side still have an outside chance of reaching the play-offs but would need to win in France and hope that Wakefield lose at Salford.