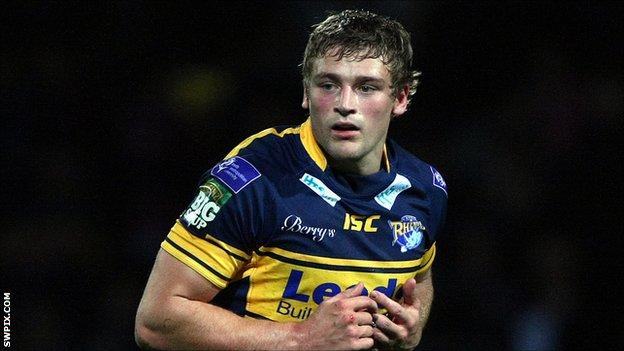 Leeds Rhinos centre Jimmy Keinhorst has signed a new three-year deal with the Super League side.

The new deal will keep the 22-year-old German international at Headingley until 2015.

Keinhorst, who is studying for a degree in sport science at Leeds Metropolitan University, started his first match in last week's win over Salford.

Coach Brian McDermott told the club website: "Jimmy has impressed everyone at the club this season."

Meanwhile, the Rhinos have confirmed that England international prop Ryan Bailey, 28, is contracted to the club for next season.