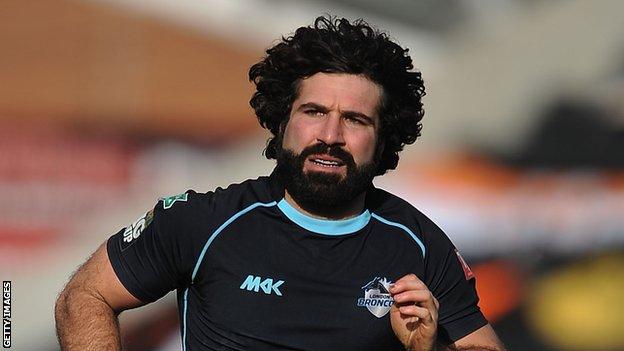 London Broncos hooker Julien Rinaldi has announced he will retire at the end of the season.

The 33-year-old Frenchman, who is in his second spell at The Stoop, has represented four different Super League sides.

He said: "I've been playing professionally a long time and my body is telling me that it's time to stop."

Since joining the Broncos from NZ Warriors in 2005, Temata has scored 11 tries in 137 appearances for the south west London outfit.

Former France captain Rinaldi, who re-joined the Broncos on a two-year deal at the end of last season, began his career at hometown club Villeneuve Leopards.

He moved to England to join Wakefield Trinity Wildcats in 2002 and has also represented Catalan Dragons and Bradford Bulls.

"It's been a hard decision to make," he added. "I've enjoyed every club I've played at and made so many friends.

"That's what I'm going to miss the most, and that's the hardest part, but I'm looking forward to moving on and spending more time with my family in France and Australia."