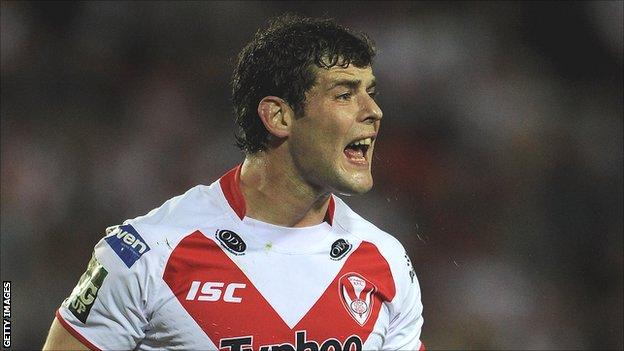 Captain Wellens, who has scored more than 200 tries for Saints, including 23 this season, has signed a one-year contract at Langtree Park.

Meli, a New Zealand international with more than a century of tries to his name since his St Helens debut in 2006, will also stay for another year.

Clough, who has played 169 times for Saints, has signed a three-year deal.

Chairman Eamonn McManus said: "It's great to go into the play-offs with three key signings for next year settled.

"Paul Wellens is playing as well as ever and is the ultimate ambassador for the club. Likewise, Francis Meli is on top of his game and provides real experience in an otherwise youthful back line.

"Paul Clough is a real Trojan and it's good to sign him through to his testimonial season in 2014-15."