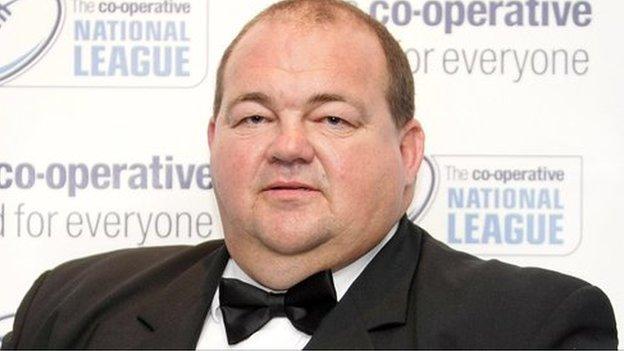 Championship-bound Whitehaven have appointed Dave Woods as head coach following the departure of Don Gailer from the post last month.

Woods, who earned promotion to Super League while at Castleford in 2005, also won the Championship One promotion with Gateshead and York City Knights.

"Whitehaven is a club with potential, plus they're back in the Championship."

His last coaching post with York City Knights came to an end in September 2011, after a season in the Championship.

Haven's promotion to rugby league's second tier, along with rivals Barrow and Workington ensures the Cumbrian heartland has three representatives next season, and that passion for the sport was another factor in Woods's interest.

"When I was at Castleford it was always one of the toughest places to go, a hard game," he added.

"It's always had a really good fanbase, a great support and it's a club I've always kept an eye on.

"They're passionate about the game over there, and it makes it an intimidating place to play."