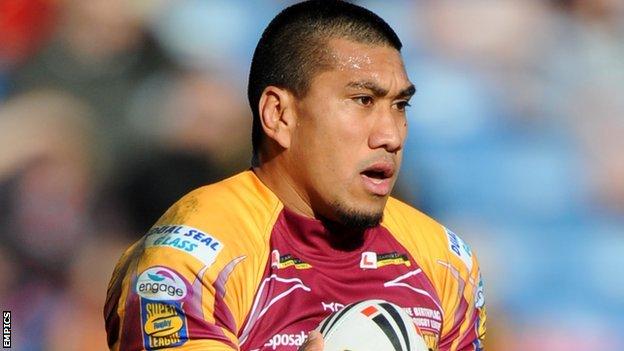 Huddersfield Giants have announced that five of this season's squad will be moving on.

Back rowers David Fa'alogo, 32, and 20-year-old Ross Pelter and hooker Scott Moore, 24, were not offered new contracts at the John Smith's Stadium.

Hooker Tommy Lee, 24, was offered new terms but has turned them down.

Young prop Adam Walker, 21, has also rejected a new deal but the club will be entitled to compensation from whoever he joins.