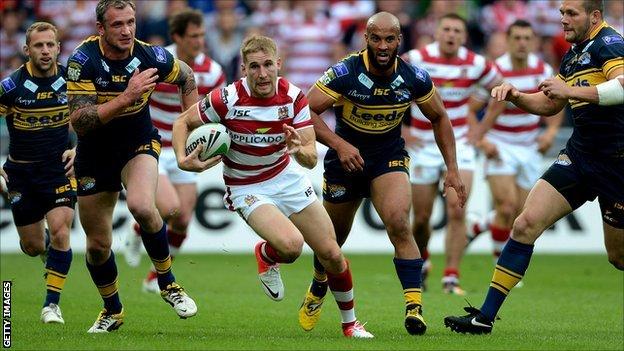 Sam Tomkins, Ben Westwood and James Roby have been nominated for the 2012 Super League Man of Steel award.

Full-back Tomkins, who helped Wigan to the League Leaders' Shield, was on the three-man shortlist in 2011 but lost out to Castleford's Rangi Chase.

England hooker Roby, winner of the award in 2007, has had another impressive year with St Helens.

And first-time nominee Westwood has been in fine form in the second row for Challenge Cup winners Warrington.

Every Super League player gets the chance to vote for the winner, with the final results announced at a dinner in Manchester on 1 October.

Bradford second row John Bateman, Leeds full-back Zak Hardaker and St Helens utility back Josh Jones have all been shortlisted to win the Young Player of the Year award.