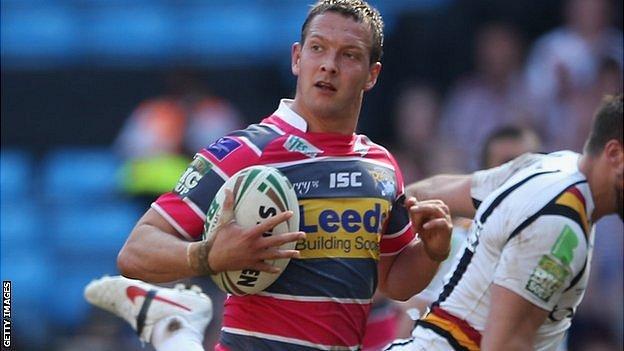 Leeds Rhinos half-back Danny McGuire has been given a one-match suspension by the RFL, ruling him out of the play-off semi-final against Wigan on Friday.

Should the Rhinos beat the Warriors then McGuire would be eligible for the Grand Final.

McGuire has decided against appealing the ban and £300 fine.

Coach Brian McDermott, who spoke on behalf of his player at the hearing, claimed it was a careless act and an "open-handed tackle" in an effort to prevent an offload by Anderson.

Although McGuire hit Anderson's head, McDermott argued that he was aiming for the ball and his arm would have made contact with the ball but for his opponent falling in the tackle.

McGuire, who served a one-match ban earlier this season for a dangerous tackle, broke former team-mate Keith Senior's all-time Super League record with his 200th try in the opening play-off win over Wakefield.

And he further demonstrated his importance to the Rhinos with the crucial try against the Catalans before clinching the win with a late drop goal.