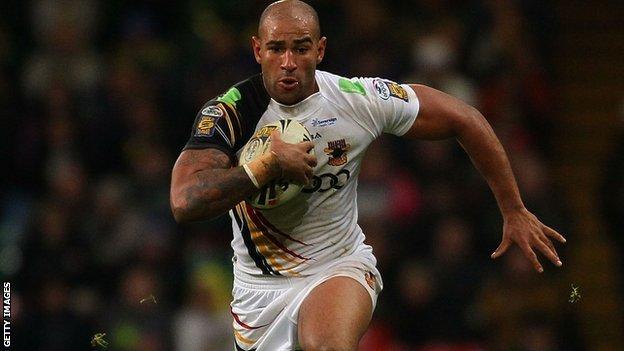 Bradford Bulls centre Chev Walker has become the first player to commit his future to the club since they were handed a one-year probationary Super League licence.

The 29-year-old joined the Bulls from Hull KR at the end of the 2010 season and made 16 appearances this year.

He told BBC Radio Leeds: "I had options at other clubs but my first choice was always to stay here.

"It's a big relief for me to stay here because I feel part of the club."

He added: "I'm 100% behind Francis because he was always a coach even when he was a player so I think he'll do a great job.

"We were flying last season so we just need to improve on certain areas and I think we can compete against anyone."