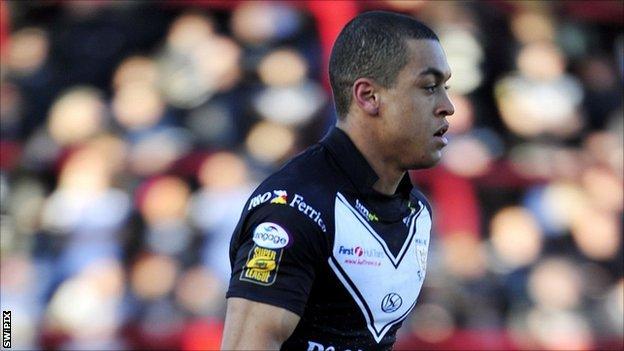 The 19-year-old has agreed a three-year deal and is the Belle Vue club's first acquisition of the close season.

Utility back Lyne, who has been a regular in Hull's under-20s team this season, has made 14 first-team appearances for the Black and Whites.

Agar, who coached Lyne during his time in charge at Hull, continued: "As a 16-year old there was every club in the country after him and at 19 he's already got a dozen first grade appearances to his name.

"He's a player for the future and I'm really pleased that we've been able to sign him. I'm confident that given the chance to develop he will become a top Super League player."

Lyne said: "I can't wait to get started. Wakefield is a club that is massively on the up and it's a really exciting opportunity for me to come and be part of that.

"Looking at the club as an outsider this year it's been obvious that it's a club going places and with a great spirit amongst the squad, particularly towards the back end of the year."