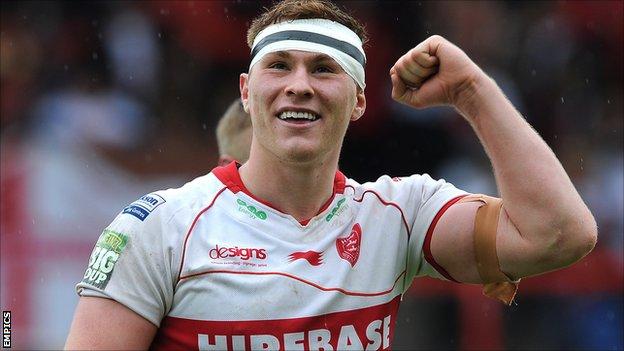 Taylor was under contract at Craven Park, but over a new deal with Rovers.

He is the second player from Hull KR to make the switch to Wigan for the 2013 season, with

Taylor has signed a two-year deal, with the club having an option for a third.

The loose forward, who made his England debut against the Exiles in July, told BBC Radio Manchester: "When you're growing up, Wigan are a team that you always look at.

"Anyone who knows even a little bit about rugby league knows about Wigan.

"They're one of the best teams in the world and to have the chance to sign for Wigan is a dream for me. I'm over the moon that I've signed on the dotted line and I'll be with them next year."