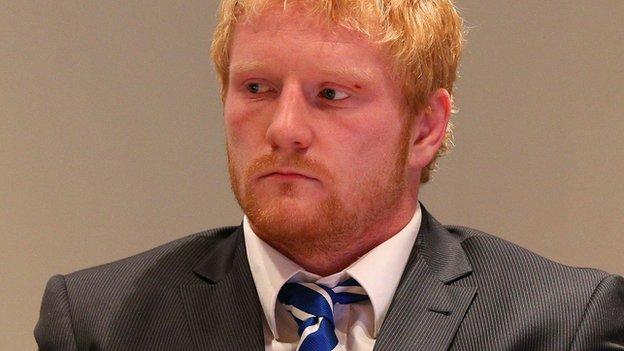 Graham was found guilty of biting Slater on the left ear during a first-half brawl at Sydney's ANZ Stadium.

Slater made an on-field complaint to officials, who noted that the Australian international full-back's ear was bleeding.

Graham, who joined the Bulldogs from St Helens at the end of last year, pleaded not guilty to the charge and maintained his innocence throughout the hearing.

The not-guilty plea made Graham ineligible for a 25% reduction on the final penalty and it is thought unlikely the Bulldogs will appeal.

An NRL spokesman said the player could appeal "if there is an error in law or that the decision was unreasonable or insupportable having regard to the evidence on which it is based".

He said the club could also contest the length of the ban if they feel it is "manifestly excessive".

Graham was this week named in England coach Steve McNamara's 24-man squad for the autumn internationals and was due to link up with them next Wednesday for a 10-day training camp in South Africa.

England are due to play Wales on 27 October, followed by France on 3 November. The final is at Salford City Stadium on 11 November.