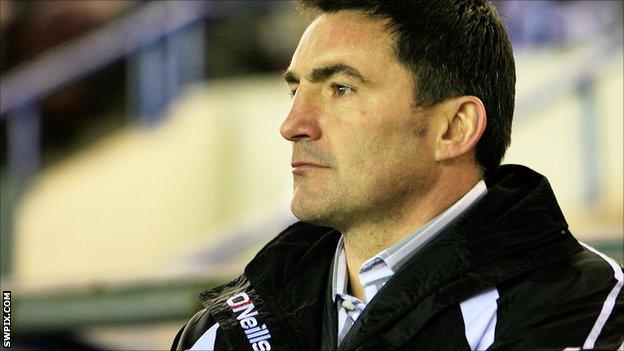 Paul Cullen has left his role as director of rugby at Widnes after four seasons with the Super League club.

Cullen joined the Vikings as coach in March 2009 but made way for Denis Betts at the start of the 2011 campaign.

Becoming director of rugby, he ushered the club into a new era as they took their place back in the top flight after a seven-year absence.

"I have enjoyed my time at Widnes and the time is now right for me to move on," said Cullen.

He told the club website: "I hope I have played my part in a revolution and it is now time for the Vikings to evolve.

"I believe that my objectives have been met, which were to win a trophy, win a licence, change from part-time to full-time professionalism and to deliver Super League to the supporters of the Widnes Vikings.

"There are exciting times and significant challenges ahead for Widnes and I wish all at the Vikings good luck for their future."