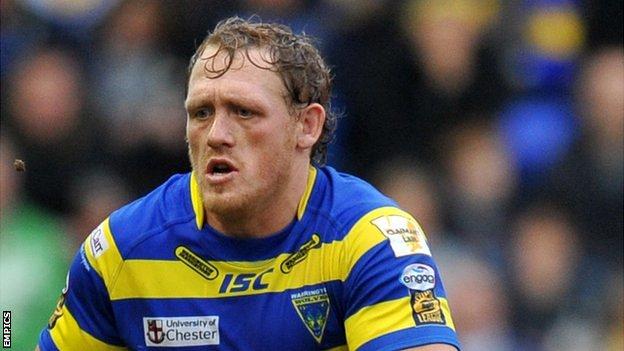 The 31-year-old, nominated for Super League's Man of Steel award this year, told BBC Radio Manchester the 18-26 loss was hard to take.

But he insisted: "We'll get over it. We've improved this year and hopefully next year will be our year.

"When pre-season comes around we'll knuckle down and go that step further."

Having beaten Leeds in the Challenge Cup Final earlier this season, Warrington went into the Grand Final as favourites to complete the double, but the Rhinos' experience saw the Yorkshire side squeeze home.

"You can't take anything away from the year they've had," said Westwood.

"But we've got to both finals and won one so it's been a great year, probably the best we've had, and we're improving so that's all you can ask.

"It just makes us more hungry. There won't be many changes [in personnel] next year, so it's going to be more or less the same team.

"We've got a chance to improve further and I'm sure we will, because there's a lot of improvement in everybody."