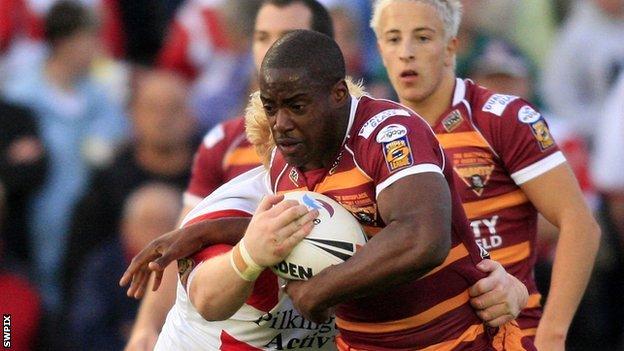 The 25-year-old has previously played in Super League for Huddersfield Giants and crossed codes to play for Sale Sharks for one season.

He told BBC Radio Humberside: "The boss has told me to get my head down and learn as much as possible.

"I'm just going to knuckle down and work to try and get a place in the first team and help the team reach the play-offs."

Meanwhile, Louis Sheriff, 20, has left the Robins to join Australian side Brisbane Redcliffe Dolphins on a one-year deal.

The full-back made six appearances for Craig Sandercock's side in the 2012 season, scoring two tries.