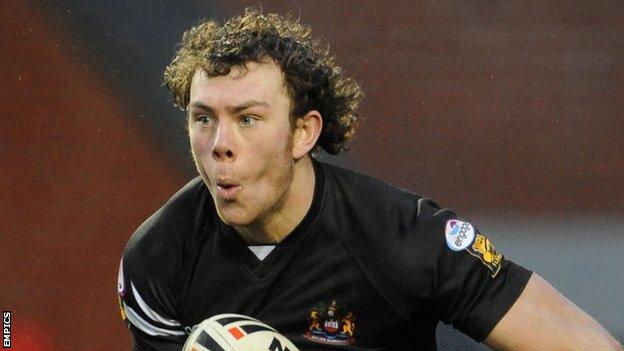 Widnes have made Wigan backs Stefan Marsh and Joe Mellor permanent signings after they spent most of last season on loan with the Super League club.

Centre Marsh, 22, made 23 appearances for the Vikings on their return to Super League this year.

He and stand-off Mellor, 21, have signed two-year contracts after being released by the Warriors.

"Stefan is a strike centre and there's plenty more to come from him," said Widnes coach Denis Betts.

"Joe found his Super League opportunities limited at Wigan but from day one, his attitude and application at Widnes have been outstanding.

"He is a committed person and a quality professional, who leaves no stone unturned in his preparation and takes nothing for granted on the field."