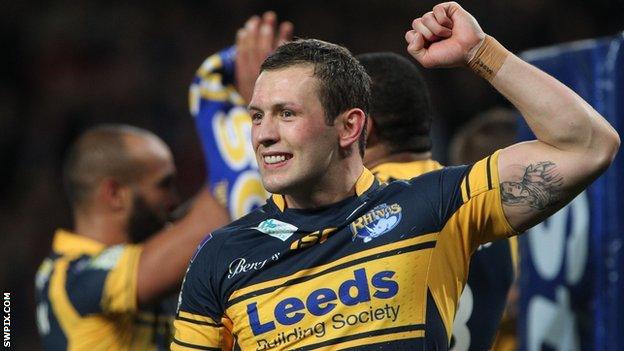 Huddersfield Giants have announced that hooker Shaun Lunt is to stay on at the club next season.

The 25-year-old spent the majority of last season on loan at Leeds Rhinos and helped the Headingley side to victory in the Grand Final earlier this month.

"I think it is absolutely wonderful news. It'll be greeted with delight by all our fans," managing director Richard Thewlis told BBC Radio Leeds.

"Everyone is over the moon that he has decided to stay with us."

He added: "There was a doubt that he'd come back but the decision was his and he has chosen us.

"He's spoken at length with (coach) Paul Anderson and we think he'll complement an excellent pack of forwards we're putting together."

The Cumbrian joined the Giants from Workington for the start of the 2009 season and has made 60 Super League appearances for Huddersfield, as well as becoming an England international.

He is contracted to the West Yorkshire side until the