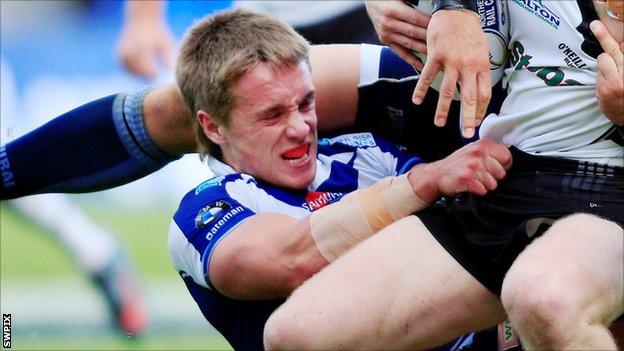 Nathan Mossop has returned to Barrow Raiders for the 2013 Championship season after ending a year-long spell with South Wales Scorpions.

Mossop, 24, began his career at Craven Park and made 22 appearances in the 2011 campaign before joining former coach Dave Clark at the Scorpions.

"I believe he can add to the position, which is in the hooker role is key."

Director of rugby Andy Gaffney added: "Nathan has now moved back to South Cumbria after spending a season at South Wales and I am delighted he has agreed to become part of the Barrow squad for 2013.

"Nathan has experience at Championship level and will give us strength in depth in the hooker position."

Raiders have added five new signings to their squad, with Mossop joining and