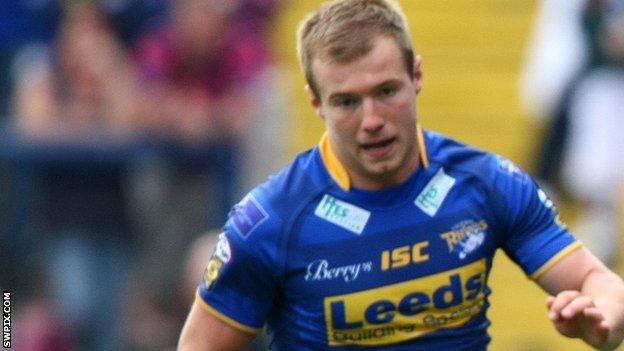 The 21-year-old, who can also play at centre, joined the Championship side from Leeds Rhinos last year and made 22 appearances in his debut season.

Boss Gary Thornton told BBC Radio York: "It's a great signing for us and we're delighted we've got it resolved.

"It was his first season away from Super League and that's always tough for a young player, especially in a struggling team."

He added: "He didn't want to go anywhere else, he saw his future with this club.

"I think we're comfortable with the squad we have now so I don't expect any more new players to be coming in."

York endured a miserable 2012 campaign, winning just one of their 18 league matches and losing the remaining 17.