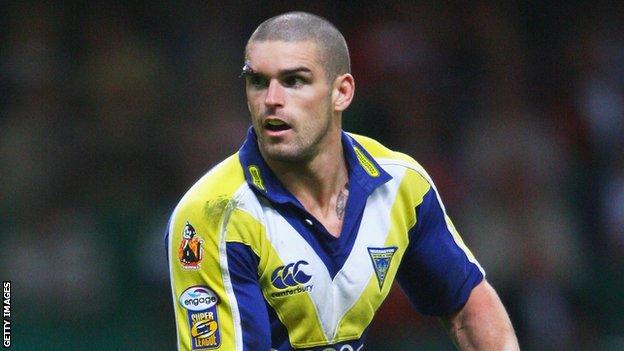 Former Great Britain international Stuart Reardon is back in Wrexham after signing for Championship One club North Wales Crusaders.

The former Bradford full-back or winger played for the old Crusaders club before they pulled out of Super League at the end of the 2011 season.

"I had a fantastic time when I was here previously and can't wait to get back out on the pitch."

Added 30-year-old Reardon: "I had offers from some top Championship clubs but this just ticks all the boxes for what I want to achieve right now."

Crusaders coach Clive Griffiths said: "This is a massive coup for us.

"Obviously to get someone of Stuart's quality is a huge boost for the club and getting the benefit of his experience will rub off on the younger lads.

Reardon won two Grand Finals and the Challenge Cup with the Bulls and scored four tries for Great Britain in the 2004 Tri-Nations Series.

He also had spells with Warrington and Hull before joining the old Crusaders in 2011, when he was scored 11 tries in 26 appearances.