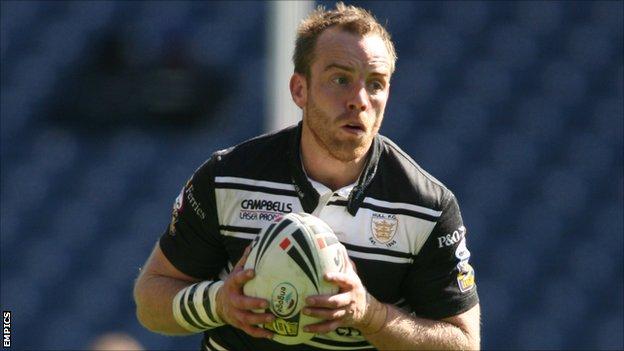 Carlisle-born Dowes, 31, won the Challenge Cup with Hull FC in 2005 and was a Super League finalist during his time with the Airlie Birds.

"This is another top-class signing," vice chairman Mark Fryer said.

"It demonstrates our determination to be competitive on the field as we step up to the Championship."

Fryer added: "There were other offers on the table for Ewan but he chose Town, and our squad for next season is now beginning to take shape."

The former Sedburgh School pupil joined Leeds Rhinos in 2001, before moving to Hull FC in 2003.