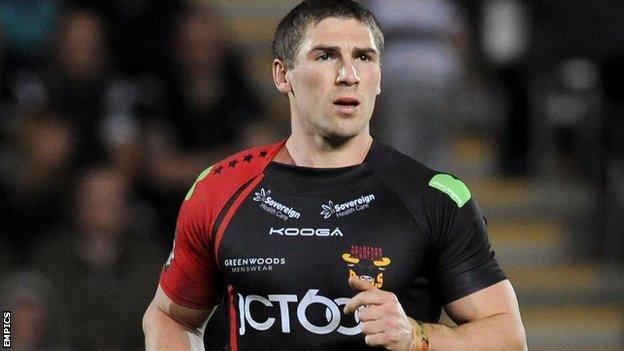 Sammut, 25, joined from Crusaders last year and will now stay at Odsal until the end of the 2015 season.

The Australian is the third player to commit to the club in a week after prop Manase Manuokafoa and scrum-half Luke Gale also extended their deals.

"It took longer than I would have liked but I'm over the moon," he told BBC Radio Leeds.

"I had some other offers where I could have earned more money but I spoke to Francis Cummins when he got the coach's job and I liked what he had to say.

"We really came together last year and I think in the next few years we could get some silverware here."