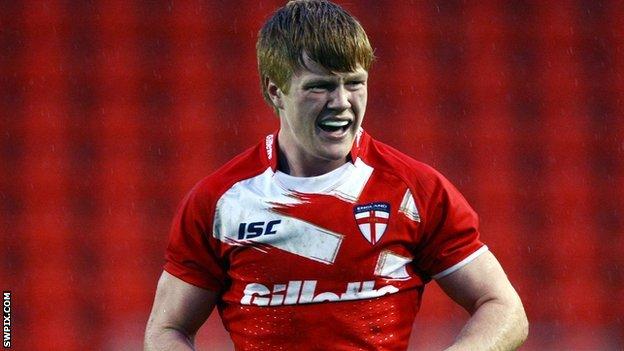 Hull FC hooker James Cunningham has signed a two-year contract extension, tying him to the club until 2015.

The 18-year-old made his Super League debut in the defeat at Catalan Dragons in July and was part of the England Academy side that toured Australia.

"I snapped their hand off when they offered me the contract," he told BBC Radio Humberside.

"I've always wanted to play here and now I can concentrate on getting in the first team."

He added: "I need to carry on working hard. I can't be complacent just because I've signed a long-term deal.

"I can play in a couple of different positions and I don't mind where the coach uses me as long as I can get on the pitch."