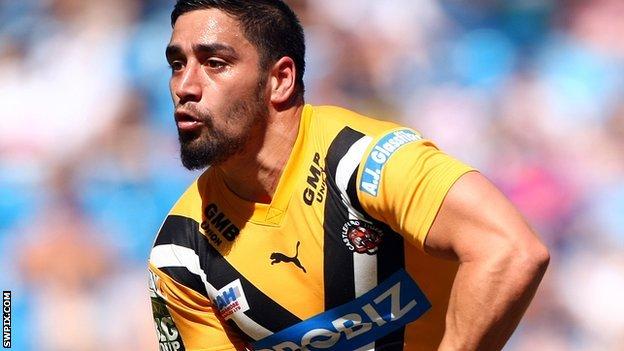 The deal for the New Zealand-born player fell through and they ended their interest earlier this month.

Ferres said: "Rangi is in talks with the club but to date, no transfer has been agreed."

Chase is currently with the England squad in South Africa for the autumn internationals.

He endured a difficult 2012 campaign and was banned for three games by the Rugby Football League for breaking Featherstone player Tangi Ropati's jaw in April before being suspended by the club for an off-the incident in June.