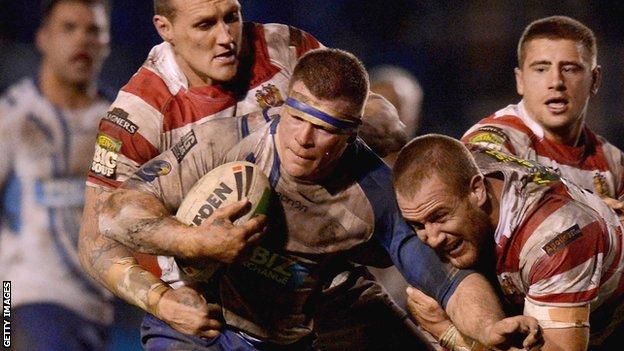 Featherstone skipper Stuart Dickens is set to join the coaching staff at Wakefield Trinity Wildcats after ending his playing career at the age of 32.

Dickens made more than 400 appearances in two spells for Rovers and led them to the Championship title last year.

He is expected to become an assistant to Wildcats head coach Richard Agar.

A brief interim statement on the Featherstone website on Monday confirmed that Dickens had decided to retire "with immediate effect".

Chief executive Craig Poskitt said: "The club plan to release more details within the next 24 hours but I can confirm that Stuart will be taking up a coaching opportunity with Wakefield Wildcats.

"We are currently in negotiations to secure a replacement for Stuart and hopefully will be able to announce a joint statement tomorrow (Tuesday)."

The arrival of Dickens will be the second change to the Wakefield backroom team since the end of the season, with Ryan Hudson already confirmed as youth development coach.