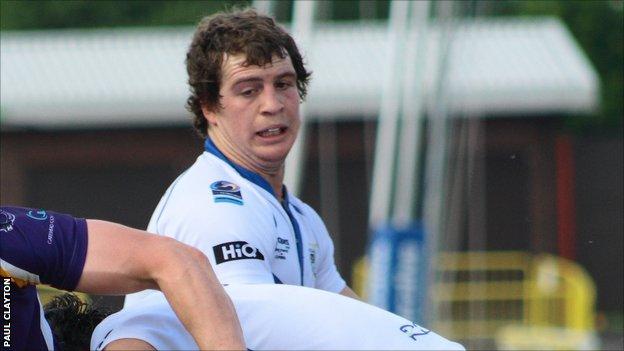 Finch, 27, scored three tries in 11 games across the half-back and hooker positions, regularly figuring at nine in the absence of Jack Pedley.

"Liam can cover a number of positions for the team and had an outstanding campaign in 2012," said director of rugby Andy Gaffney.

"I have had a number of discussions with him and he has now penned a deal."

Gaffney added: "I am sure all our fans will be more than happy to see Liam continue his career in a Raiders' shirt."