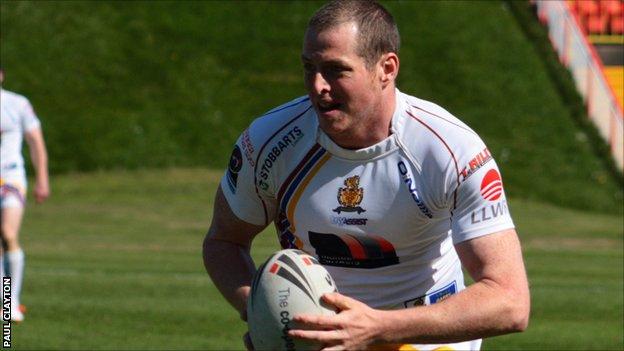 Scott McAvoy has signed a new one-year-deal with Championship side Whitehaven and Neil Thorman has joined for 2013 following a spell with London Skolars.

McAvoy, a 26-year-old centre will return next season after scoring five tries in eight games this year before deciding to take a break from the game.

The half-back, who also signed for a year, formerly played under head coach Dave Woods at Gateshead Thunder.

While Thorman is a new arrival to the Recreration Ground, McAvoy is already a popular figure among supporters.

Signed in March 2006, the former Hensingham amateur represented Cumbria against England in the Garry Purdham tribute match in October 2010.

And he was named in the Championship Team of the Year in 2011 following a 12-try haul from 25 appearances.