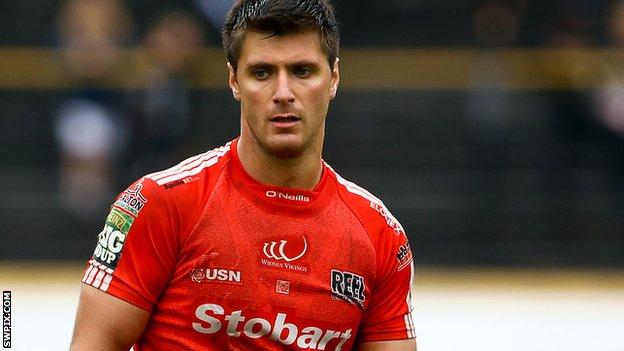 Second row forward Dave Allen has signed a new contract that will keep him with Widnes Vikings until the end of the 2014 Super League season.

The 27-year-old still had a year to run on his existing deal at the club.

But after making 26 appearances for the Vikings in their first season back in the top flight, Allen has extended his stay at the Stobart Stadium.

"Widnes is my hometown team and I've never had any intention of moving elsewhere," said the former Wigan man.

"Tying myself to the club until the end of 2014 was an easy decision to reach.

"Personally, I'm really enjoying my rugby at the moment and I'm already feeling confident about how we will perform as a team next year.

"Just being around the place at the moment, there's a really good vibe and everything seems to be pointing in the right direction and collectively, we are all keen to put a few wrongs right in 2013."