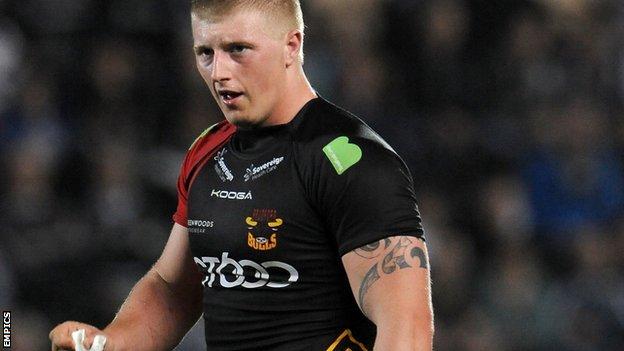 The 21-year-old, who scored two tries and kicked 12 goals in 15 appearances last season, decided to stay at Odsal after talks with coach Francis Cummins.

"Franny played a big part in my decision to sign a new deal," said Addy, who was out of contract.

"He played a major role at the club last season as assistant coach and I like him a lot."

The Pontefract-born forward added: "Franny and I spoke this week and he told me that he wants me playing in the back row.

"I think that's my best position; loose forward or second row and I would be more than happy to do a job there week in, week out."

Bulls coach Cummins said: "I am really pleased we have been able to retain Danny for next season.

"He is a very talented player who, whilst he does offer great utility value, should be looking to be more position specific next season.

"I am looking for Danny to put his hand up and stake a claim for a place in the back row next year."